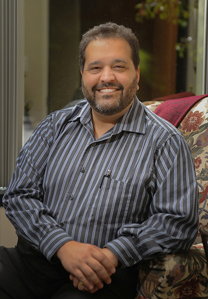 Don Fernando Azevedo received his Ph.D. in Clinical Psychology from the University of Tennessee in 1988.  He left graduate school with a strong desire to strengthen marriages and families.

Dr. Azevedo worked as a clinician for more than 25 years in a variety of locations from war zones with the 101st Airborne Division in Desert Storm, to hospitals, to private practice.  In early 2000, he accepted a challenge to enter the corporate world to find another way to apply psychological thought to the human condition.

At Cisco Systems, Dr. Azevedo developed workshops and other training for sales management as part of the Global Learning and Development team.  In late 2001, he left Cisco to join an international consulting firm, OR Consulting, where he continued developing curricula, providing leadership workshops, and delivering executive coaching in several multinational corporations.  Those years immersed in the business world solidified his beliefs about family systems and how they ripple out into our communities and corporations.

After three years, his passion for helping families drew him back to the work of his heart.  Dr. Azevedo returned to private practice as the co-owner and Executive Director of 3-C Family Services.  There, he developed and delivered curricula for healing and strengthening marriages and families as well as conducted the day to day business operations for a 15 clinician office.

In 2016, he founded Azevedo Family Psychology to evolve his positive, life affirming approach to delivering coaching and psychotherapy.  In all the years of helping marriage, he also saw the devastation of divorce when done harshly.  He has recently developed skills in Discernment Counseling to help marriages on the brink of divorce engage in the crucial conversations necessary to decide with confidence to undergo time-limited, focused, and behaviorally based marital therapy or to divorce in the most supportive way possible such that the two families that emerge from the divorce can live in peace and dignity.  He supports marriages and families in the workforce by delivering key note speeches, seminars, and coaching to corporations on emotionally literate leadership.  Along with his colleague, Dr. Don Adams, he has developed a new intervention strategy for relationships entitled The Emotionally Literate Couple.  He lives in Cary, North Carolina with his wife of thirty two years.  He has two adult children who live in North Carolina.